Those cute and colorful little candy hearts were made right here in New England. They won't be available for Valentine's Day this year; but don't worry, they'll be back…

I'm hearing a Paula Cole song from 1997 as I write this, except I've changed the words to "Where Have All The SweetHearts Gone?". Remember that gem? I've never liked the taste of SweetHearts conversation hearts. However, I loved the pastel colors and sweet messages, such as "Be Mine" and "Cutie Pie." At least, that is what the candies said when I was a kid. In the last decade, they have added phrases like "Text Me and "Tweet Me" to keep up with millennial speak.

If you will remember, the company that makes SweetHearts and NECCO Wafers, which operated near Boston, Massachusetts, shut down its factory after declaring bankruptcy last year. The New England Confectionery Company was an iconic American manufacturer that started up in 1901, according to NECCO's original website as archived by the WayBack Machine. The company made 100,000 pounds of SweetHearts a day, according to Candy Store. NECCO also produced Clark Bar and Mary Janes candy bars, along with Candy Buttons, Mighty Malts Malted Milk Balls and many other yummy treats.

The manufacturer that eventually bought NECCO, the Spangler Candy Company (from Round Hill Investments LLC) recently released a statement saying SweetHearts would not be available for 2019, as per Candy Store. The press release has since been removed. Spangler then sent a note to Candy Store which was spelled out in candy hearts. They said "Miss U2," "Wait 4 Me," and "Back Soon." (See the picture below.) 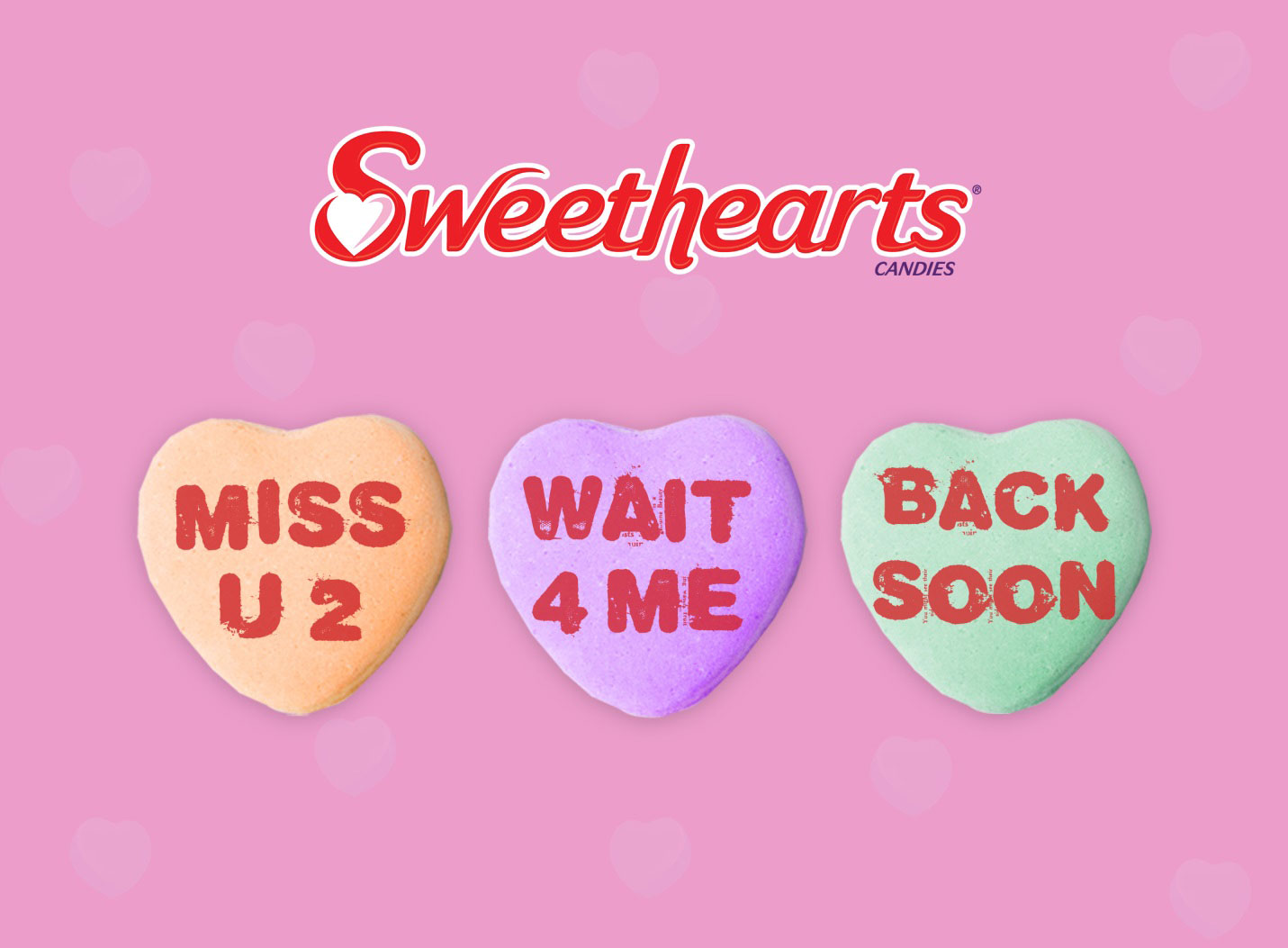 These little hints can only mean one thing: SweetHearts will be back on store shelves for Valentine's Day next year. Hopefully. Fingers crossed.