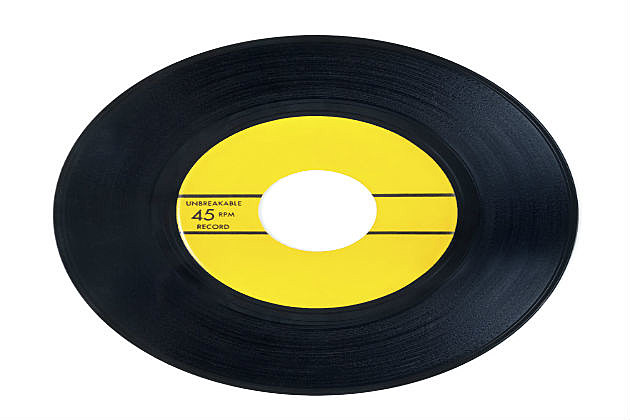 The 7 inch disc, which would come to be known as a "single", was first introduced by RCA Victor. It was designed to compete with the 33 1/3 LP that Columbia had introduced a year earlier.

Until that point, the 78 rpm platter was in use. Both the LPs and 45's offered longer playing time and better fidelity.

Singles soon became all the rage. Artists were releasing them in addition to albums. It was more affordable to teenagers who couldn't splurge on the entire album. The sales of 45's were tracked by Billboard magazine, and that became the foundation for radio shows such as American Top 40.

And of course, the Shark has the best radio show featuring 45's with The Lost 45's with Barry Scott airing Sunday's from 9-midnight!

Here's a lasting testament to the 7 inch piece of vinyl. Who doesn't remember the first 45 they bought? Mine was 'Crocodile Rock' by Sir Elton John.